I went to sit by the Cross River last week. It was a gray day and the river is often the best reminder that there is spring sleeping underneath this winter. I hoped to glimpse the otters—they leave long smooth tracks of sliding from pool to pool, and I’ve always wanted to see that game in action. Andy and the kids caught a wolf drinking in the rapids the other day. Winter is very black and white, I like the evidence of new life there.

My Uncle Dan died, and I adored him. We even named Daniel after him. Oh, not a tragedy like the earthquake and the tsunamis, not even close. He would have turned 100 this year, his wife died a few years ago. It’s just….he was a good guy, and a part of me hated to see my time with him end.
A couple years ago I visited him in Santa Barbara, not because it was a nice gesture to visit a lonely old man, but because he was interesting and funny and I couldn’t get enough of him. We sat eating pistachios and talking about things. He was faithful with cocktail hour, even in the nursing home; he kept the liquor in the linen closet. “All things in moderation, and I mean….all things.” He was a smart and upbeat, yet he also shared his insight as a physician; “Susan, sometimes people live too damned long.” He couldn’t see so well, his hearing was fading. I’ve known old people before, but he’s the first guy who was like my peer in an old man’s body—I understood it in a different way. He was ready to die, to join his wife, his friends and siblings, one of whom was my grandpa, who we called Pop.
Uncle Dan was our link to my grandpa after Pop died, 20 years ago. A long time, but the other day by the river, grief washed over me, so fresh and surprising that for a minute I couldn’t catch my breath. I still miss him. I get it, I get the balance of things. The depth of the grief matches the depth of the joy —I was really lucky to have a part of him. 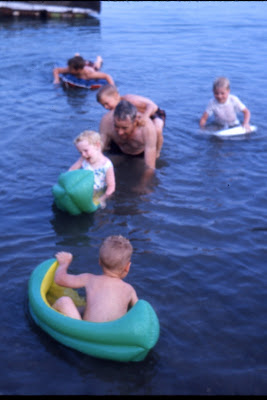 I slid into family time memories, especially at Pop’s house, on Lake Genesee where people gathered. My grandpa was such a catalyst, everybody was related, friends were welcome, he and his next door neighbor Wes bantered like Jack Lemon and Walter Matthau in Grumpy Old Men…. I remember being a little girl, sitting with Pop on the plastic couches on his porch, during cocktail hour. If I took a break from the swimming cousins running from the back door to the lake, Pop would play gin rummy and depart old Welsh farmer wisdom, or childhood stories or multiplication tables. We kids were clearly worth his time. I can still hear his deep singsongy voice when he’d win: Deeedeedeedeedeedeedee………What’s the name of the game?

Both Pop and Uncle Dan had the storytelling gift. 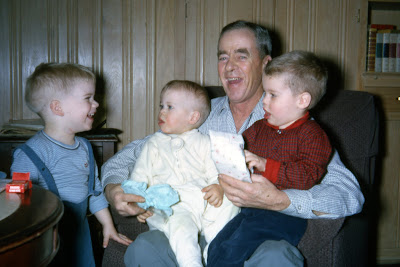 They taught us some serious lessons about hard work, about family, about playing blackjack, about judging Holsteins. Mostly they taught us that we were valuable. Always there was time for the kids.
I can even hear the wise things those guys might tell me about spending too much time missing them, when there’s work to be done. Lately, Uncle Dan had been loosing a few marbles. I understand he’d begun to pour extra cocktails for his brothers Lyle (Pop) and Emery. It was his time.

And, it’s our time to welcome a new season. We’re getting glimpses of sun and spring–a little more every day. We KNOW the ice will go out–an paddling season will be on us soon.

It’s time to celebrate the promise of new life–with a thrilling photo of the youngest future Tuscarora staffer—Cass and Paul’s baby due next summer.

It’s the season to fly kites on the lake.

And it’s also cocktail hour somewhere in the universe—where Uncle Dan has joined his people gathered on the porch— having a little drink—talking smart—and playing gin rummy with Pop. Deeeedeeedeedeedee What’s the name of the game?